What they didn’t know was whether the GM’s to-do list was topped by a desire to significantly change any of the core.

With just under $4 million in cap space remaining to sign a handful of players, it would appear we have our answer.

“We don’t expect this is the team we’ll go to training camp with.”

Get the best of our NHL coverage and exclusives delivered directly to your inbox!

*I understand that I may withdraw my consent at any time.

Treliving has entertained plenty of trade possibilities since the season ended, but none enticing enough to act upon. Trading stars is never easy, especially this off-season due to budget constraints and the cap jail most teams are dealing with thanks to an indefinite flat cap.

Trading someone like Johnny Gaudreau at this stage of the game seems unlikely for many reasons, but you can bet Treliving will continue to be all ears if number 13’s name comes out of another GM’s mouth.

That said, it’s likely he did all his heavy lifting on Day 1 of free agency when his west coast raid saw him ink longtime Canucks Jacob Markstrom and Chris Tanev with a $54-million spending spree.

Clearly unafraid to roll the dice on significant alterations, this is a GM who balances that by preaching the importance of patience with a talented core that continues building confidence and experience en route to being what should be evolving as a contender.

Despite three first-round exits in the last four seasons, Treliving believes the team’s play-in victory over Winnipeg this summer got the club over a significant hurdle and is worthy of being kept together.

After all, the trademark of this team might just be how tight-knit a group it is.

Treliving saw it up close in the Edmonton bubble, and the players echoed that in their exit meetings and subsequent media interviews.

They want another chance together.

“You always try to be patient with the team and I do like the core of our group,” said Treliving.

“It has progressed. We have taken steps. But if I can do something to make our team better I’ll act on it. We haven’t made a deal because we haven’t found one that’s made us better yet. But at the same time it doesn’t necessarily mean we’re done. It’s a hard question to answer. I think it’s a very close-knit group, but I’m not going to sit here and not make a deal because they’re tight-knit.”

31 Thoughts: The Podcast
Jeff Marek and Elliotte Friedman talk to a lot of people around the hockey world, and then they tell listeners all about what they’ve heard and what they think about it.
Listen and Subscribe for free
| Marek on Twitter
| Friedman on Twitter

The Mangiapane deal rounds out the top-nine forwards the Flames used to valiantly battle Dallas in their six-game playoff loss. A formidable group he labels fast and hard to play against, he’d surely like to see some competition added before camp.

The priority now is adding depth on the right side of their blue line and a fourth-liner or two who can kill penalties.

Character played a big role in the decisions to sign 30-year-olds Markstrom (six years, $36 million) and Tanev (four years, $18 million). It’s an emphasis Treliving has placed on all acquisitions ever since James Neal was sent packing for Milan Lucic. Re-signing Zac Rinaldo speaks to that, as the popular teammate brings moxie and energy the team feeds off of when the 30-year-old is in the lineup.

Pushing for NHL gigs will be recently re-signed Glenn Gawdin and Buddy Robinson, as well as Adam Ruzicka and Byron Froese. You can bet a few familiar veterans will also join the club for training camp as PTO invites with a chance to secure employment.

On the blue line, Oliver Kylington will soon be re-signed by the club to add to a crowded left side that includes Mark Giordano, Noah Hanifin, Juuso Valimaki and college hotshots Connor Mackey and Colton Poolman. At least one of those lads will almost certainly be tasked with playing the right side, where the depth falls off after Rasmus Andersson and Tanev.

The Flames will enter the season as the only club with two all-star goalies from last year, David Rittich and Markstrom. Louis Domingue has been added for minor league depth and Tyler Parsons was re-signed to a one-year deal Thursday.

The club said goodbye to Cam Talbot (Wild) as well as Jon Gillies and Nick Schneider.

With very few other changes to the lineup, does the addition of Markstrom make the Flames that much better? Or is the work left to be done more significant than it may appear?

Looks like we’ll have at least a few months before we find out. 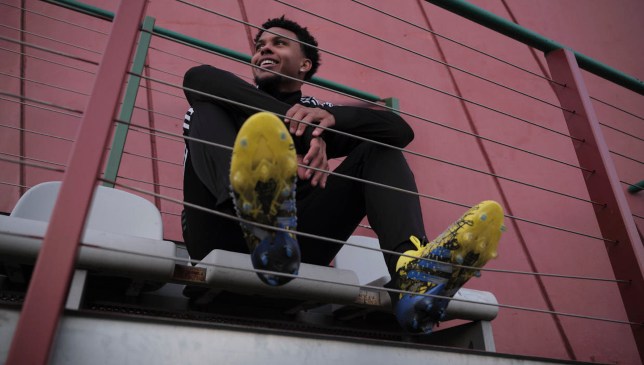