Nirmal Purja stormed the world last year when he climbed 14 of the world’s peaks in just 6 months. We had a conversation with the mountain man himself ahead of his next record-breaking attempt; K2 in winter

Challenges are ever-present in life. At almost every twist and turn, you must make some type of decision. The spectrum of these decisions vary in size. It might be deciding what to have for breakfast in the morning. God forbid, it could even be picking the time to end a relationship with that special someone. The simple truth is that life offers many ongoing challenges, where humans face daily obstacles that they must overcome.

The majority of inhabitants on earth will not willingly seek out these challenging obstacles. Then again, when you consider his achievements, It’s hard to believe that someone like Nirmal Purja is even of this world. Last year, for example, the superhuman mountaineering expert played out Project Possible, where he summited all of the 14 highest mountains in the world in a total of six months and six days (obliterating the previous record, which was just shy of eight years).

With 2021 looming, he is planning his most challenging climb yet. The former Gurkha is gearing himself up with Osprey to take on a feat regarded by the experts as one of the most dangerous mountain challenges in existence. A climb to the summit of K2 In winter still remains unaccomplished, but Nirmal ‘Nimsdai’ Purja MBE is challenging himself to change all of that as he attempts to scale the famous 8,000 metre peak this season.

We caught up with the man of the moment himself for a short but impactful Q&A that will make you realise just how much of a challenge Nirmal Purja is facing on K2 this winter.

The daunting challenge of K2 in the winter has been announced – can you sum up for us exactly how you’re feeling about it right now?

Yeah, it’s the last remaining mountaineering challenge and really gives me a fire in my chest. It excites me, and I’m thrilled and equally a bit nervous to go and take on this huge mammoth challenge ahead.

The cold winters and temperatures are down to -65 degrees celsius. Being brutally honest, this is what excites me – the extremities of what lies ahead.

“The cold winters and temperatures are down to -65 degrees celsius” You’ve said in the past ‘Everything in life is possible armed only with a determined approach and positive mindset’” How do you maintain this outlook when you’re faced with some of the toughest conditions on this planet?

I have climbed in some of the toughest conditions on the planet during the Bremont Project Possible, so I will face this challenge with the same mindset.

I delve deep into this topic within my book, Beyond Possible. It’s such a huge topic that I could discuss for some time.

George Mallory was once asked why he wanted to climb Mount Everest, he replied with “because it’s there” So I ask you Nirmal – why do you want to climb K2 in the winter?

The extreme cold and weather conditions and the high altitude keeps me alive. I live my life in the moment. For me, this is like a meditation. The K2 Winter project reason is personal, but also, I’m representing the Gurkhas and the Nepalese climbing community.

Equally, I want to raise awareness in terms of how we need to act now to make a change when it comes to our climate and sustainability.

“The extreme cold and weather conditions and the high altitude keeps me alive. I live my life in the moment”

It is a fact that when I had a conversation with Reinhold Messner. I said if you removed all the Sherpas and manpower on Everest, then it will still be the hardest 8,000m peak to climb. 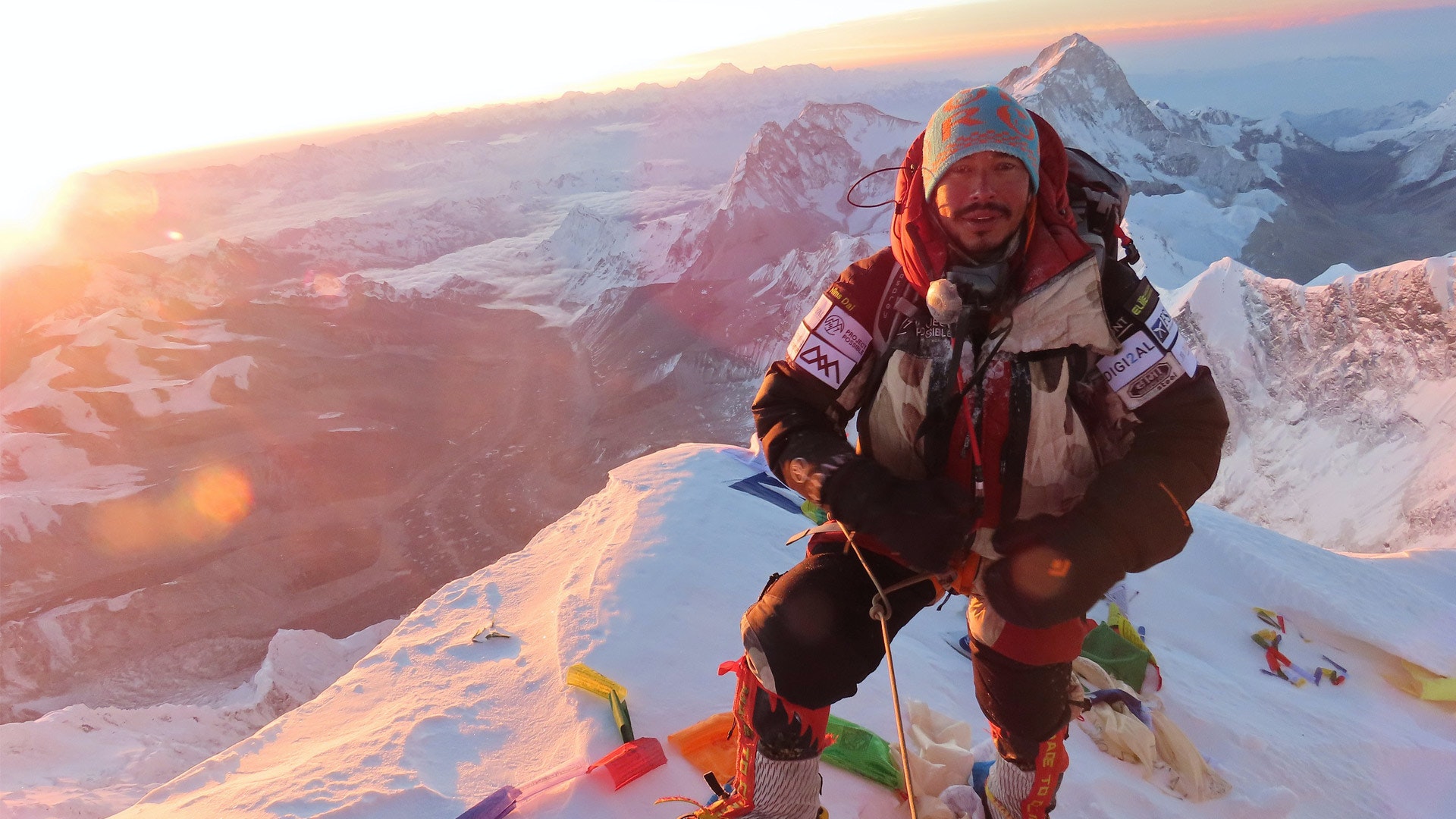 You’ve been called ‘Superhuman’ but even superhumans feel fear – How do you deal with this on a climb? Is the fear of dying up there something that activates the fight in you?

Well, ha! I am humbled and thanks to everyone who calls me ‘superhuman’, but I still feel like I’m normal. I have to work hard, and I’m grateful for my mindset that allows me to achieve this incredible stuff.

I must say, as humans, we all have fear, but it’s all about how we manage it, and for me, it’s important to have the fear. A little bit of nervousness can also be equally important because that tells me, ‘Hey Nims, switch on brother’. This is where you think, if you make a mistake, then you die.

There is always fear, but it’s how you manage those fears. It’s about you controlling the fear, rather than the fear controlling you. That is the mindset I have.

“A little bit of nervousness can also be equally important because that tells me, ‘Hey Nims, switch on brother’” 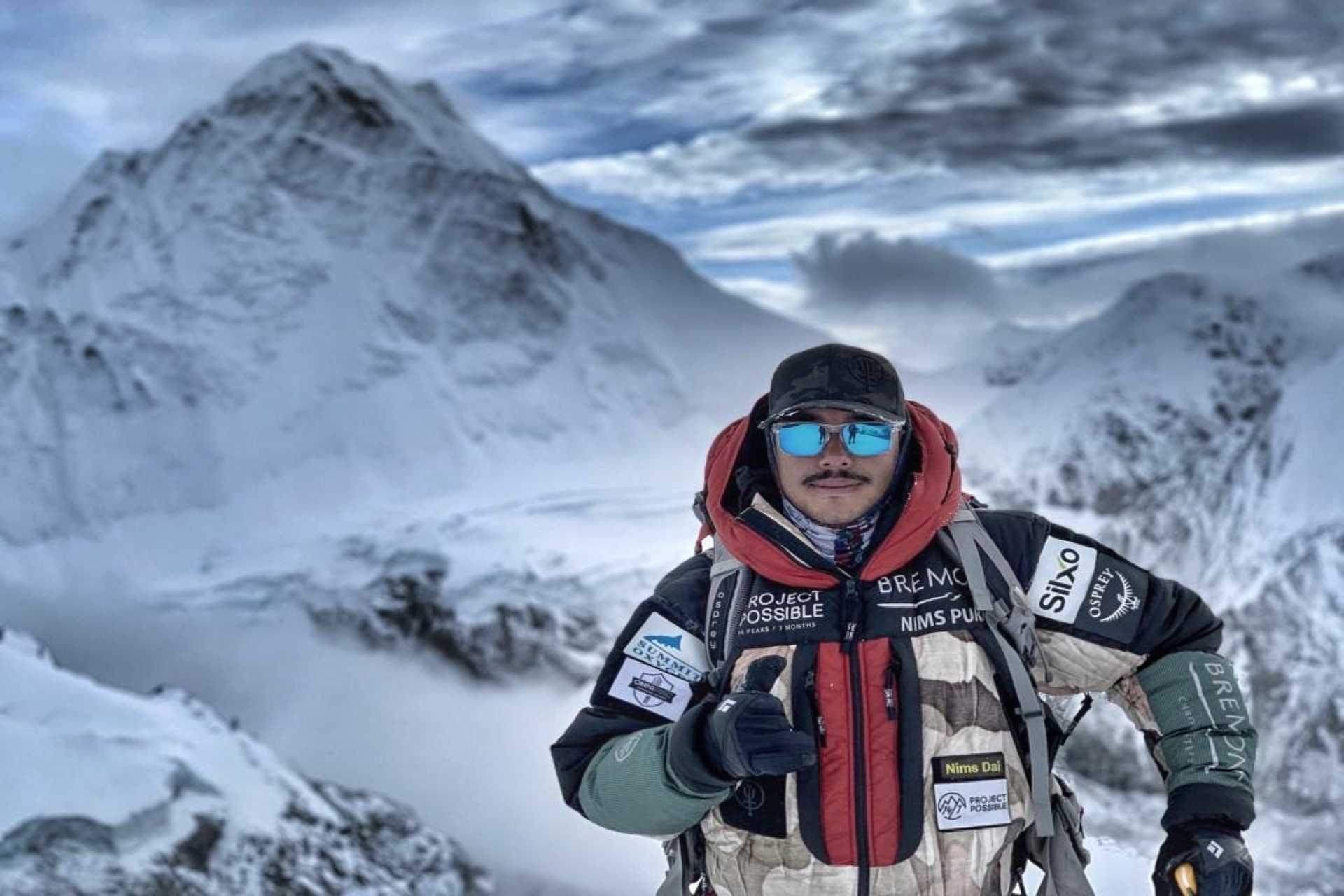 How important is it to have the right gear and tools up on a mountain?

It’s super important to have the right gear and equipment on the mountain, especially in the winter. You can not try to make the mission possible without the right kit. Bad preparation means failure in the missions. It’s as simple as that.

You’ve led 20 x 8,000m with a 100% success rate – in both reaching the summit and bringing everyone home safely – How much does this stat mean to you?

Of course, it’s very important for me. It all comes down to meticulous planning, where the safety of my team is never compromised.

So, picture the scene. Six months from now you’ve done that thing you set out to achieve. What comes next?

I have always said that I feel that I haven’t really started it, and I really mean it.

In terms of mountaineering and extreme sports, you know I only started professionally a year ago. Before that, I was a member of the UK’s Special Forces. So, I don’t really think I’ve done enough, and I’ve just started this career – there is more to come!

“I have always said that I feel that I haven’t really started it, and I really mean it”

Nirmal Purja finished our chat by saying, “I must stay humble at all times.” It’s this exact mindset that has served him so well before, and we’ll be rooting for him on his K2 mission this winter. For more information on the incredible journey, visit the Osprey Website.

The post Q&A With Nirmal Purja | The Record-Breaking Mountaineer Wants To Become The First Person To Summit K2 In Winter appeared first on Mpora.