Jeff Hendrick’s late equaliser could not save Newcastle from being booed at full-time as they drew 1-1 at Rotherham with less than two weeks left of pre-season.

The Magpies should had led after eight minutes but Dwight Gayle could not turn Jamal Lewis’ cross home, and moments later Michael Smith’s towering header put the Millers in front.

Callum Wilson fired wide in response before Sean Longstaff shot over twice, and Newcastle left the pitch to loud boos from their fans at half-time.

Gayle again could not find a way through from another cross moments into the second half while Federico Fernandez’s header was then kept out superbly by Rotherham goalkeeper Viktor Johansson. 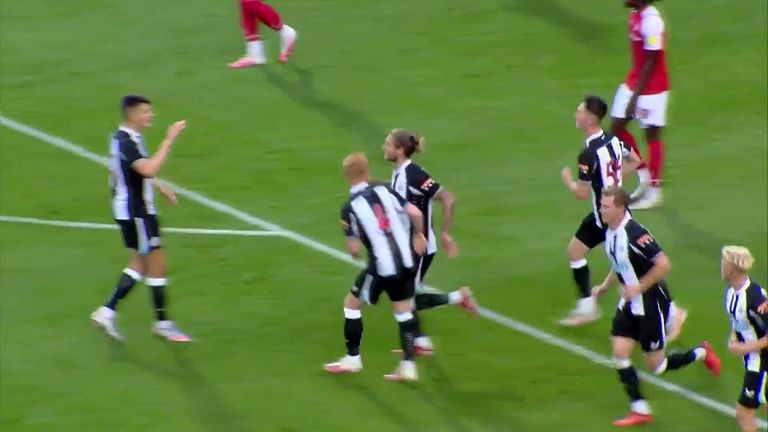 With time running out, Matty Longstaff won the visitors a corner which was headed home by Hendrick to pull Newcastle level, but that was not enough to deny another chorus of boos from the 1,600-strong Newcastle fans in attendance in South Yorkshire.

Manchester City got their pre-season campaign underway with a 2-0 win over Preston, in a side featuring a number of regular first-teamers.

Ruben Dias, Joao Cancelo and Riyad Mahrez were among the squad and the Algeria winger was the first to strike for the hosts, curling in an excellent free-kick to open the scoring.

That did not stop the Premier League champions from impressing against their Championships visitors, with Samuel Edozie firing an early warning shot 11 minutes after the break.

The forward made no mistake with his second opportunity minutes later, when teed up by the impressive James McAtee, and showed good composure to double City’s lead in the process.

Preston could produce little to trouble the hosts’ youthful defence, but there was one worry for the hosts with goalkeeper Cieran Slicker stretchered off before full-time.

Southampton were in superb form to put Cardiff to the sword with a 4-0 win in the Welsh capital, as Che Adams twice found the back of the net.

Theo Walcott, who rejoined his boyhood club on a permanent deal this summer, put the visitors ahead before Moussa Djenepo doubled the lead with a sensational second.

Nathan Tella then teed up Adams, who raced through and beat Dillon Phillips in the Cardiff goal with a delightful dink.

Adams added Southampton’s fourth and his second, despite only coming on in the 62nd minute, late on when played through and rounding Phillips to slot home.

Chelsea came from behind to beat Bournemouth 2-1 at the Vitality Stadium, with Ike Ugbo’s late header giving the Blues victory in their first game since the Champions League final. 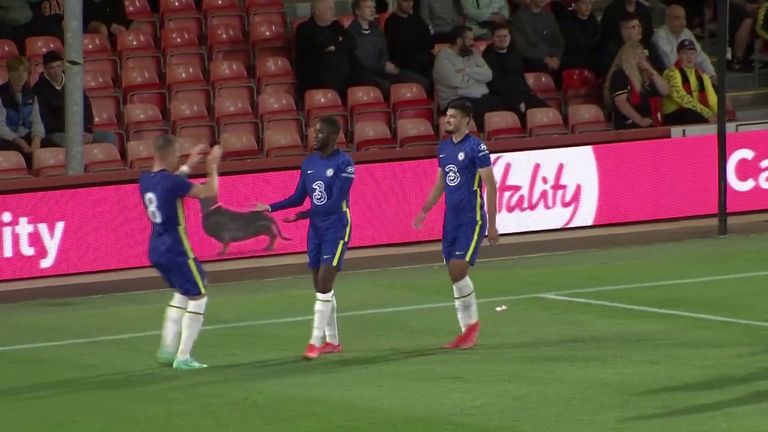 See how Chelsea came from behind to Bournemouth at the Vitality Stadium.

Dominic Solanke nearly gave the hosts the lead against his former club before Callum Hudson-Odoi pulled a smart stop out of Mark Travers after a fine pass from Danny Drinkwater, making a rare start for the Blues.

David Brooks missed a second-half sitter but soon Emiliano Marcondes made up for that miss with a free header, before Armando Broja levelled up from close-range soon after, leaving Ugbo to supply the winning goal late on.

Championship newcomers Blackpool were beaten 1-0 by Burnley at Bloomfield Road, with young defender Bobby Thomas, 20, netting the winner in Lancashire.

The Clarets started the better against their near-neighbours, with Lewis Richardson and Anthony Gomez Mancini both putting in bright performances.

Richardson was twice denied the opener before Dwight McNeil, subject of ongoing interest from Everton, went close with a long-range drive.

Both sides were much changed by the time Thomas struck with 15 minutes to go, nodding home a back-post header to give Sean Dyche’s team victory.

Crystal Palace and London rivals Charlton drew 2-2 at Selhurst Park as Eagles fans got to see new boss Patrick Vieira’s side on home soil for the first time.

The hosts opened the scoring through Jesurun Rak-Sakyi, but Jayden Stockley’s tap-in levelled things up before half-time.

Scott Banks put them ahead for the second time on the night with 15 minutes to play, but Josh Davison earned the Addicks a draw late on.

Watford recovered from a second-minute calamity to rescue a 1-1 draw at Stevenage, in a game called off with a minute to play owing to a bad-looking injury suffered by 19-year-old Dapo Mebude.

The visitors only had themselves to blame for falling behind so early, with Craig Cathcart’s blind pas across his box picked off by Jamie Reid to fire home.

The Hornets went in level thanks to Ken Sema’s equaliser but deserved little from their opening-half performance, before improving thanks to a flurry of second-half substitutes.

Their night ended on a sour note, however, with Mebude stretchered off following a heavy challenge late on, and the full-time whistle blown with a minute to spare.

Leeds United edged their way to victory at non-league Guiseley, with a team featuring mostly U23 players triumphing.

Crysencio Summerville netted a penalty, while Sam Greenwood and Charlie Allen were also on target for the Whites. 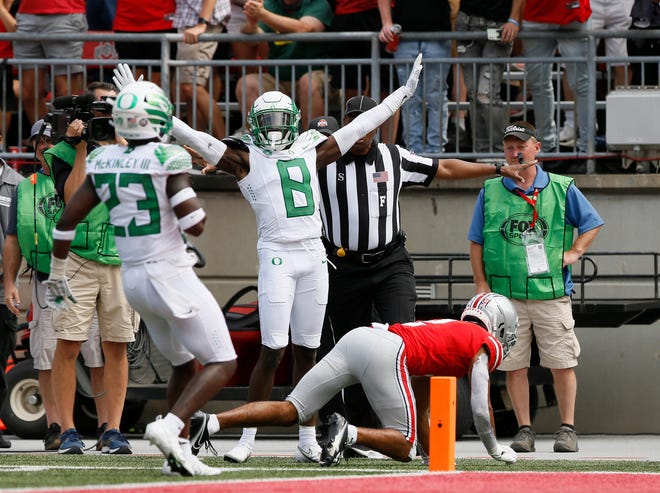