Skip to content
He has more than 400 starts across NASCAR’s top three series and he claimed the...

He has more than 400 starts across NASCAR’s top three series and he claimed the ARCA Menards Series championship in 2008, but Justin Allgaier scoffs at being categorized as a stock car racer.

“To be honest with you, I’ve probably had more success in open-wheel cars. I ran mini sprints, midgets, Silver Crown cars and even had a winged sprint car,” Allgaier told SPEED SPORT. “I probably enjoy open-wheel racing as much, or more, than anything. I think I probably won more open-wheel races than I did stock car races growing up.

It’s funny that I’ve transitioned into being a stock car guy.”

That transition started at age five after Allgaier, whose family was involved in the ARCA Series as a car owner and tire distributor, took a few laps in the quarter midget driven by his friend, Joey Moughan.

“When my dad called that evening — I believe he was in Michigan — to see how we were doing, I was going a million miles an hour about how I needed to go quarter midget racing and he kept telling me no,” Allgaier recalled. “But I had one trump card that he didn’t realize, and I said, ‘But mom said.’ That was kind of the end of the discussion and I went racing after that.

“Luckily, or unluckily, however you want to look at it, Hoosier (Tire) ended up taking the ARCA Series in-house and supported that series as a factory. It was right about the same time, so it allowed my dad to travel with me and support my quarter midget racing a lot more. We were very lucky that we won a lot of races and a lot of championships, which gave me the opportunity to move up to the next level.”

Allgaier was soon ready to make a decision about his future.

“I was 12 and I was racing mini sprints at the time,” he recalled. “I pretty much told my dad at that point, ‘Hey, this is what I want to do for a career and I’m willing to give up everything else — playing sports, doing all the other stuff — if you’ll help me.’”

The father-son team quickly advanced through the ranks and Allgaier eventually caught the attention of team owner Roger Penske.

Allgaier made his NASCAR Xfinity Series debut for “The Captain” in October of 2008.

“I was in a weird situation because I came along in an era where there were a lot of young drivers getting development deals. And truth be told, they were wrecking a lot of race cars,” Allgaier explained. “There was a section of time there where these young guys were getting signed earlier and earlier. They’d show up at the race track and they’d wreck. I missed out on that first wave and, truth be told, I’m glad I did because it allowed me to come in a little later, have some more experience.”

Allgaier drove two full seasons for Team Penske before his ride went away due to a lack of sponsorship, but the Riverton, Ill., native landed on his feet.

With funding from Brandt Professional Agriculture, he spent the next three years driving in the Xfinity Series for car owner Steve Turner. The operation then moved to the Cup Series in 2014 — and it didn’t go well.

“I spent two years of my career with great people; just in a really bad situation. I started to become someone I didn’t want to be. I didn’t enjoy going to the race track every week. I think everyone who is competitive in nature can understand and sympathize with the fact that when you go to the track and know you never have a shot to have a good day, it beats up on you, mentally, physically,” Allgaier said. “I’ve always been one that when I get home, racing is not important. Your family is most important and making sure you have your household in order. That’s the most important piece.

“To be honest with you, I got to the point that I wasn’t there. I was getting home and I was equally as frustrated. I had become a person that I didn’t enjoy, my wife didn’t enjoy. So I looked at it and said I didn’t want to be in that situation.”

To continue reading, advance to the next page.

The post Justin Allgaier Has Found A Home appeared first on SPEED SPORT. 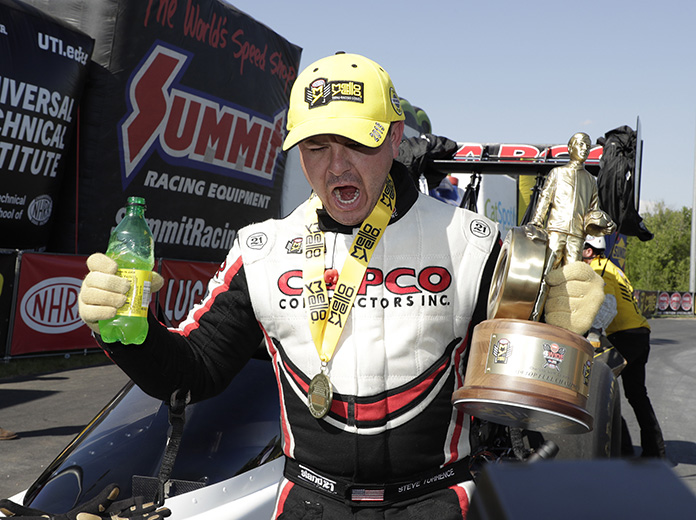