With standard wide angle and 360 shooting options, the Insta360 One R could be the only action camera you need

Insta360 released the Insta 360 One R –  their all new modular 360 camera  – earlier in the year, and it promised to be right on the money for most action sports fans.

Boasting the option to change between a standard 4K wide angle and a full 360 degree lens, plus the ability to go yet further on the video quality front with a whopping 1” sensor option. This novel way of building an action camera has proven to be a real winner.

We’ve been out with this new action camera, from skiing in the Highlands of Scotland, to trail running in the Lakes. Could it be the only camera you need? We reckon it could be. 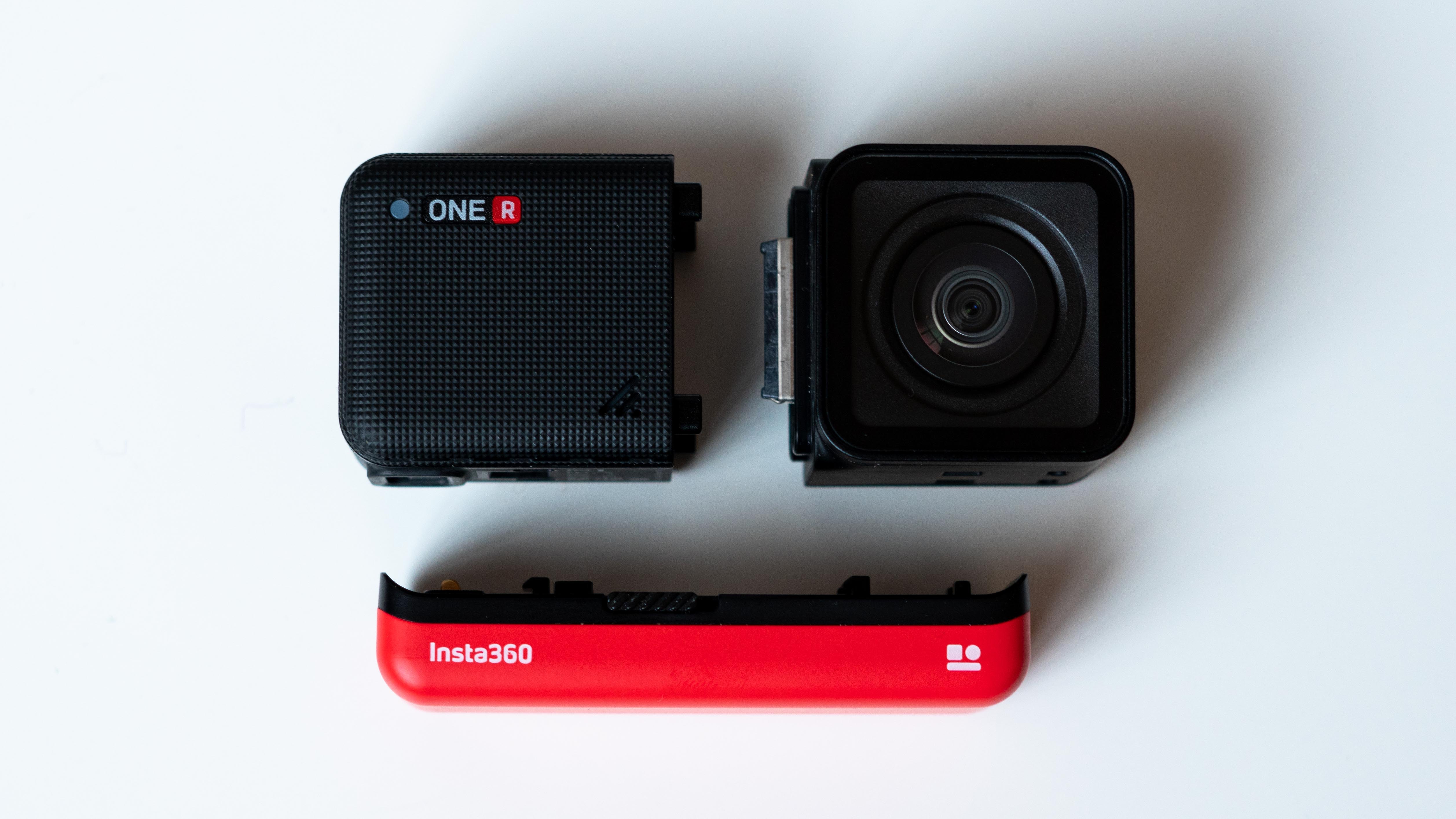 So first thing to note is of course the ingenious modular design of the Insta360. The battery, LCD screen and lens itself are all separate pieces that can be snapped into each other to create the full camera. This allows you to chop and change exactly how you like running your action cam.

“Being able to go out with one action cam, but two totally different shooting modes has been great”

Are you a vlogger who likes to look at your framing as you chat to the camera? Well, flip the LCD screen section around, and job done, the screen’s facing you. Fancy rocking the wide angle lens instead of a 360 degree field of view? Well, again, just snap on the wide angle lens and bob’s your uncle, you’ve now essentially got yourself a GoPro.

We can’t stress enough that this is a huge  selling point of the Insta360. Being able to go out with one action cam, but two totally different shooting modes has been great. It’s so important to be able to change up your framing and shot while shooting action sports – and this building blocks approach allows exactly that.

Similar to the Insta360 One that we reviewed last year, the main selling point is of course the 5.7k 360 lens itself – it’s the module that we’ve kept attached to our Insta360 One R the most. The 360 field of view comes into it’s own when you come to edit your footage, as when you’re shooting in the 360 degree field  of view, you can punch in and frame your shot exactly how you wish in post.

“It means that you simply never miss a shot”

We touch on  this in greater detail within our Insta360 One review, so be sure to give that a read if you haven’t already. In short though, all it takes is a few taps within the app and you’re able to track people or objects. No having to focus on keeping the camera perfectly pointed at the subject, just do it all in post. Voila.

This has been a great tool when we’ve been out skiing and trail running, as it means that you simply never miss a shot. It may take a little extra time when you come to edit all of your shots, but we’re more than happy to take that hit – given this huge field of view and extra level of creativity. This lens option is similar to that of the GoPro Hero8 Black. It’s a standard 1/2.3” sensor, with a wide angle lens – a pairing we’ve now become so used to seeing on modern day action cameras. This is always a great choice to use when you feel like you don’t need the ginormous field of view of the 360 lens, and don’t want the larger file sizes that come with shooting 360 video.

There’s also the option to buy an additional module that features a huge 1” sensor. For those that may be unaware, a larger sensor essentially means more information is captured by the camera, and therefore a far superior image. I’m sure we’ll soon see a 1” sensor featuring on a GoPro, but it’s great to see Insta360 leading the way with this option.

We sadly didn’t get the chance to test out this module, but we’re sure that it’ll kick out some epic imagery, given that sensor size.

Being an action camera, the Insta360 One R is packing a waterproof rating up to 5 metres, up to 60 minutes of continuous recording time and Bluetooth and WiFi connectivity for in-app editing and direct file transfer to your mobile.

As with any action camera, care has to be taken to ensure you’re always covering the two 360 lenses when they’re not in use. We quickly lost our protective lens cover and soon got a few scuffs on one of the lenses after haphazardly stuffing it in our packs.

We complained about the speed of the desktop editing app in our Insta360 One X review, but we’re happy to say that Insta360 have improved the speeds of this app. While our laptop was struggling to edit the files the Insta360 One was kicking out last year, the same laptop was able to edit and frame the shots from the One R no bother.

All in all, we’ve been left pretty impressed with the quality of the Insta360 One R. The ability to have the option of two pocket sized lenses is pretty sweet when you’re out on the hill and looking to capture unique angles.

If you’re after an all out 360 camera performance, then our money would be on the GoPro Max. However, if you’re after a camera that can quite literally do it all (we’d wager that’s most action sports fans), then the Insta360 One R is quite possible one of the best action cams out there right now.

The post Insta360 One R | Review appeared first on Mpora.