The first stage of the Canadian Premier League’s Island Games is in the books, with four teams booking their places in the group stage.

The 2019 finalists, Cavalry FC and Forge FC, advanced as was widely expected before the tournament. However, seven of the eight clubs were in contention for the second round entering the final matchday of the first phase, so even Cavalry and Forge could’ve been knocked out.

In the end, Cavalry, Forge, Pacific FC and HFX Wanderers claimed the four spots. York9 FC, Atletico Ottawa and Valour FC were knocked out at their expense.

But even though half the field’s been wiped out, we digested plenty of lessons about every team in the opening stage.

Here’s what we learned from the first phase of the Island Games.

When the Island Games were unveiled, parity was one of the guarantees of this format.

That’s why the league couldn’t have asked for a more ideal situation to close out the first phase. The top seven clubs were separated by four points, meaning any of those teams risked elimination with one bad day at the office. Only FC Edmonton was mathematically out of contention.

Entertainment wise, fans have been treated to plenty of drama. Eighteen goals were scored after the 85th minute. Ten of those were equalizers or winners, including the final match of the first round when Marco Bustos clinched three points for Pacific against Edmonton.

A lack of match fitness, the quick turnover of games and five substitutes are all factors behind the barrage of late goals. But the late-game heroics have been a staple of these Island Games. Hopefully that is the case for the remainder of the tournament.

The 2019 finalists are still solid

Anyone who has followed the CPL since its inaugural season expected Forge FC and Cavalry FC to advance to the group stage. They backed up those predictions by finishing top two in the standings.

However, it wasn’t as straightforward for the 2019 finalists in the first phase. Forge was held to draws by HFX Wanderers and Valour FC while suffering its only defeat to their 905 rivals in York9 FC.

But based on the seven-game sample size, the 2019 champions have been one of the most impressive teams so far. No one scored more goals than Forge (13) and the underlying numbers further highlight their solid performances thus far.

According to data from Centre Circle Data, Forge led all teams in non-penalty expected goals (xG) in the first round (12.13) off 74 total shots. That’s despite coach Bobby Smyrniotis rotating his attack throughout the tournament.

However, the front three could up their game in the group stage. Striker Anthony Novak only registered six shots in as many matches. He was posting 0.39 xG per shot, so when he’s executed the runs and received service, he’s in quality positions to score. That just needs to be a more regular occurrence.

Paolo Sabak will be crucial in the chance creation department. He averaged 0.32 expected assists and 0.27 xG per 90 minutes, both solid rates for a midfielder. With Chris Nanco, Marcel Zajac and David Choiniere producing inconsistently, the 21-year-old will be leaned on along with Kyle Bekker, the team’s top scorer thus far.

As for Cavalry, the injury to Sergio Camargo hindered the attack. Camargo was one of the league’s top attacking players prior to his injury, albeit in a small sample size. But losing a player of his calibre hurt. The Cavs only mustered 63 attempts – fifth among all teams – yet they were still comfortably third in non-penalty xG (NP xG) and open-play xG (OP xG).

Defensively, Cavalry is still elite. They conceded less than seven shots per 90 minutes thanks to the colossal displays from Dominick Zator and the rest of the Cavs defence. However, Pacific may have exploited the Calgary-based side and how it presses.

Pacific was able to win by building up quickly down the right, invited Cavalry to shift to that side to press them, then hit a cross-field ball to the left to exploit the open space.

Given the attack isn’t as lethal as last season coupled with the random nature of a tournament, Cavalry isn’t as unstoppable as in 2019. But that defensive solidity will keep them alive in games. As seen in the 1-0 win over York9 FC this past weekend, they can still be clinical in those cagier contests.

Two of the most enhanced sides from the off-season were Pacific FC and HFX Wanderers. The latter was last in the overall table in 2019, with Pacific only finishing three points above HFX.

Now they are two of the four participants in the group stage.

HFX was one of the stingiest teams in the first phase thanks to the centre-back partnership of Peter Schaale and Jems Geffrard. They were constantly in the right position, so there wasn’t any need to intervene with a tackle.

That translated to the second-lowest xG conceded out of every team at the tournament. The team’s high press forced mistakes in HFX’s wins over Valour and Ottawa, which directly led to goals. Not only can the Wanderers defend at the back, but they can do it from the front as well.

But HFX is far more than a sturdy defensive side. Akeem Garcia is the tournament’s top scorer thus far with four goals and has demonstrated composed finishing throughout the Island Games.

The midfield is just as breathtaking. Louis Beland-Goyette is the team’s orchestrator, Andre Rampersad is the captain and creative force, but Aboubacar Sissoko has stolen the show.

The former Vancouver Whitecaps trialist has been incredible so far. He’s shown composure on the ball, close control, strong defensive work rate and an ability to break lines with his passes. This is especially useful against a high press.

#HFX deservedly advance. One of #CanPL's stingiest defences, Garcia's been a reliable No. 9 and the midfield's immense.

Pacific has been defined by its attack, though. Only Forge FC had a higher non-penalty xG than the islanders. But they’ve been devastating in open play, with Marco Bustos leading the charge.

The full-backs have been very involved going forward, especially left-back Marcel de Jong. He’s created eight scoring chances, while midfielder Victor Blasco (12) is second among all players in that category.

Pacific players are some of the leaders in most attacking categories like assists, expected assists, chances created and dribbles. If striker Alejandro Diaz becomes more involved, he could walk away with the Golden Boot.

The most underwhelming team of the tournament might be York9 FC based on the revamped attack.

Injuries didn’t help York. Michael Petrasso, Gabriel Vasconcellos and Chris Mannella weren’t available for the majority of the Island Games. But York9 wasn’t the only club hindered by key absentees, either.

Decision-making in the final third was below par. Striker Alvaro Rivero fizzled out after a promising start. Rivero had a meagre 0.07 xG per 90 minutes, albeit off just six shots.

Simply put, no attacker was able to make a regular impact apart from Ryan Telfer. If York were more incisive in the final third, as seen in the draw with Valour or win over Forge, then they would’ve advanced to the group stage without much of an issue.

There’s a real case to be made about Valour FC’s Julian Dunn and Andrew Jean-Baptiste being the CPL’s best centre-back duo.

Dunn, on loan from Toronto FC, was tremendous for the Winnipeggers. The 20-year-old played in all seven games for Valour, displaying poise on the ball and defensive solidity.

The TFC academy product averaged 35.74 passes per 90 with a completion rate of 82.4 per cent. It’s a tad low but more than half of Dunn’s attempts were forward passes.

Playing next to an experienced defender in Jean-Baptiste certainly helped Dunn settle into the team faster. Having earned valuable minutes in the CPL, the youngster should be ready to contribute to TFC once he returns to his parent club.

Valour fans should also be encouraged by the attack with Austin Ricci. With Fraser Aird and Masta Kacher on his flanks, the front three was a menace for opposing defences. Ricci’s ability to hold the ball and get involved in the build-up was a huge bonus, as Rob Gale’s side was able to control more matches compared to last year.

Ricci only produced 0.23 xG per 90 at the Island Games, although there were a few passes into the box that he was a bit late to reach. Surely with more minutes, he’ll grow into his role with Valour next year.

Even Ottawa showed promise despite completing its roster just days before the start of the Island Games. Francisco Acuna and Mo Kourouma can be quality attacking pieces going forward. Malcolm Shaw was one of the xG leaders from the first round and scored twice. Those are promising trends for 2021, especially across a longer season.

Upgrades to the midfield might be necessary, though. Ben McKendry needs help off the ball and most of Ottawa’s midfielders are attack-minded. That could shore up the defence and allow Atletico to retain possession more often.

After an abysmal Island Games for FC Edmonton, who lost every match apart from its 2-2 draw with Atletico Ottawa, coach Jeff Paulus was brutally honest about his future.

“We’ll decide the best way for this club to move forward,” Paulus stated after Sunday’s loss to Pacific FC. “I absolutely love this club, I’ve been here a long time, and I will act in the best interest of FC Edmonton – whatever that means.”

Paulus also pointed out that Edmonton wasn’t “severely outplayed” in their matches, which is true. Edmonton was mid-table in non-penalty xG and xG conceded. In fact, the Eddies were middle of the pack in most statistical categories.

The injury to centre-back Amer Didic was a massive blow for the defence, which threw the structure out of whack in the first few games. But the attack was nonexistent in that span, too.

Easton Ongaro, one of the revelations from last season, had very few clear-cut chances. Other than Aleman, no other player was able to regularly create chances. That’s why the midfield could be due for an upgrade over the off-season.

One of the first times Ongaro has had a clear cut chance like this in open play since #FCEd’s opener.

(Goal vs. Ottawa was a tap-in via a broken play/individual errors) https://t.co/FywtiSXxuz

Whether the coaching position also requires a change remains unknown.

The Media’s Affect On Soccer 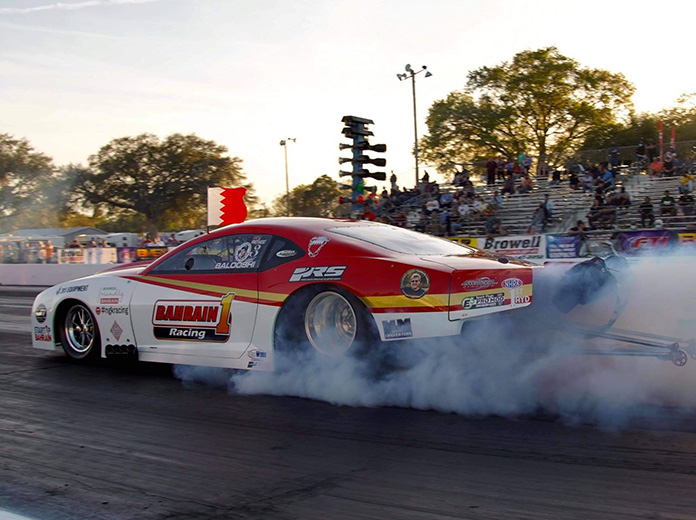 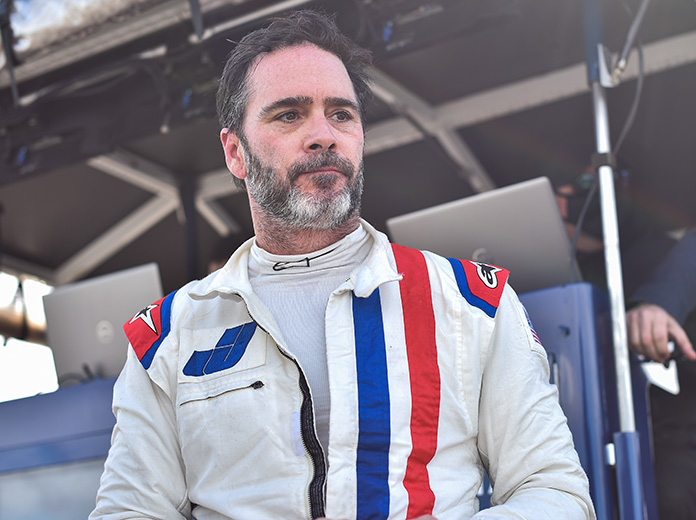