RICHMOND, Va. — While the hype regarding Thursday’s NASCAR Gander RV & Outdoors Truck Series regular season finale was on the battle to make the playoffs, it ended up being somewhat anticlimactic.

Tyler Ankrum and Todd Gilliland — who entered the ToyotaCare 250 at Richmond Raceway as the final two drivers inside the playoff field on points — retained those positions after 250 laps at the three-quarter-mile Virginia short track.

Ankrum finished fifth, coming through the field late as one of a handful of drivers — including eventual winner Grant Enfinger — on fresher tires for the final green-flag run.

Pitting for tires inside of 80 laps to go under yellow saved what Ankrum later characterized as a “horrible” race.

“[That pit call] is pretty much what saved a pitiful night right there,” Ankrum said. “Thanks to my crew chief, Chad [Walter]. I was having brake issues from the start of the race and this truck was not on point all night tonight.”

Ankrum’s result meant that all four full-time GMS Racing entries qualified for the 10-driver playoff grid. He joins winning teammates Sheldon Creed and Zane Smith, as well as past series champion Brett Moffitt, as GMS drivers with a shot at this year’s Truck Series championship.

However, Ankrum doesn’t see himself as a favorite. He’s not happy with where his No. 26 Chevrolet Silverado team has been the last several weeks and knows they have to get better.

“We got a lot of work to do,” he said. “If not, we’ll have a short-lived playoff run. I have to thank everyone at GMS for all their hard work. We’ll keep on hammering.

“[We just have to] focus on winning. That’s the best way to carry onto to the next round. That’s what we have to focus on from here on out.”

In Gilliland’s case, he picked up stage points early in the first two stints and then focused on surviving at the end of the night. A 17th-place finish wasn’t flashy, but combined with the fact Gilliland outpaced chief rival Derek Kraus and there wasn’t a new race winner, it was enough to seal the deal.

Gilliland entered Thursday 10 points to the good, but defended that margin successfully.

“I think if I told you I wasn’t nervous before today, I was lying,” said Gilliland of fighting to get into the postseason. “I had confidence in my team. It’s crazy, though …  I was fourth on that last restart and ended up getting lapped. This place is tough. Trying to put this one behind us and reset and work toward Bristol. Just taking it race-by-race.

“So cool to be part of the playoffs, my first time in three years [of competition],” he added. “It’s a big night, for sure. To me, that’s a big accomplishment. Now we’ll reset and go forward. I’ll try to put this one behind us and we can reset, work toward Bristol and take it one step at a time.

On the other side of the coin, Kraus battled a truck that was dragging the splitter and had multiple handling issues.

The Wisconsin rookie was fighting to make the playoffs in his first season, but he and his No. 19 Toyota Tundra for McAnally Hilgemann Racing didn’t have enough steam.

“We kind of knew right away. The first two laps it took off fine. I was able to roll the top really well. I think I was passing for fourth or something, and then all of a sudden, it just started laying on the splitter and hitting the race track really hard,” Kraus explained. “It kind of threw out the parachute after that, and just kind of went to the back. It was just on the splitter really hard, and I couldn’t do anything about it.

“Kevin (Bellicourt, crew chief) made a good strategy call to get us a few stage points, putting on those tires right at the end of the (first) stage. It kind of felt good with those tires on, but once every one else got their tires on it just kind of laid on the splitter again and did the same thing,” Kraus continued. “That’s what it did all race. We struggled with it all race.”

Despite missing the playoffs, Kraus said his goals for the rest of the year haven’t changed and he’s still targeting his first Truck Series victory before the season concludes at Phoenix Raceway in November.

“We still had a really good season. The season is not over yet just because we are not in the playoffs,” Kraus noted. “We are going to race as hard as we can and try to get wins as good as we can and just bring the best Tundras we possibly can to the race track. It’s about having a solid last seven races.” 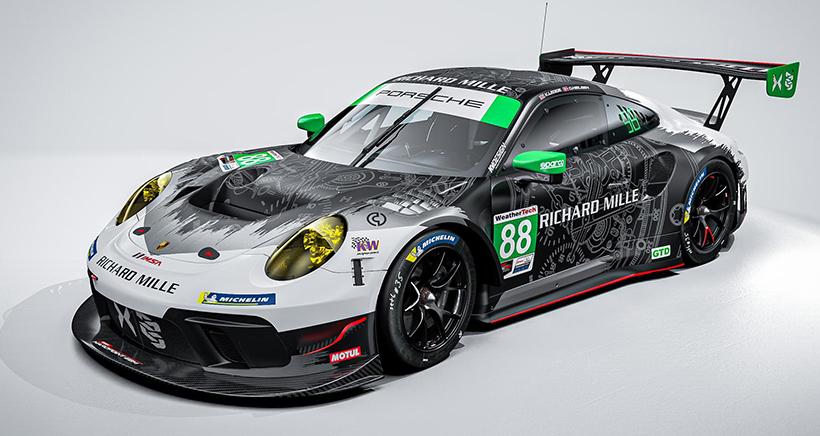