Why We Chose The GoPro Max: Unrivalled stability, versatile, the only action camera you’ll need.

GoPro released the GoPro Max –  their second attempt at a 360 camera  – last year, and it promised to be right on the money for action sports fans. Replacing the clunky GoPro Fusion, the new Max has made things easier than ever to edit your 360 footage, and could be the only action camera you’ll need to bring out with you on your next ski trip.

Boasting the option to switch between using the two lenses for full 360 mode, or a single lens for the regular ‘GoPro’ look, the Max offers a huge range of framing options, helping you keep your edits interesting and engaging. 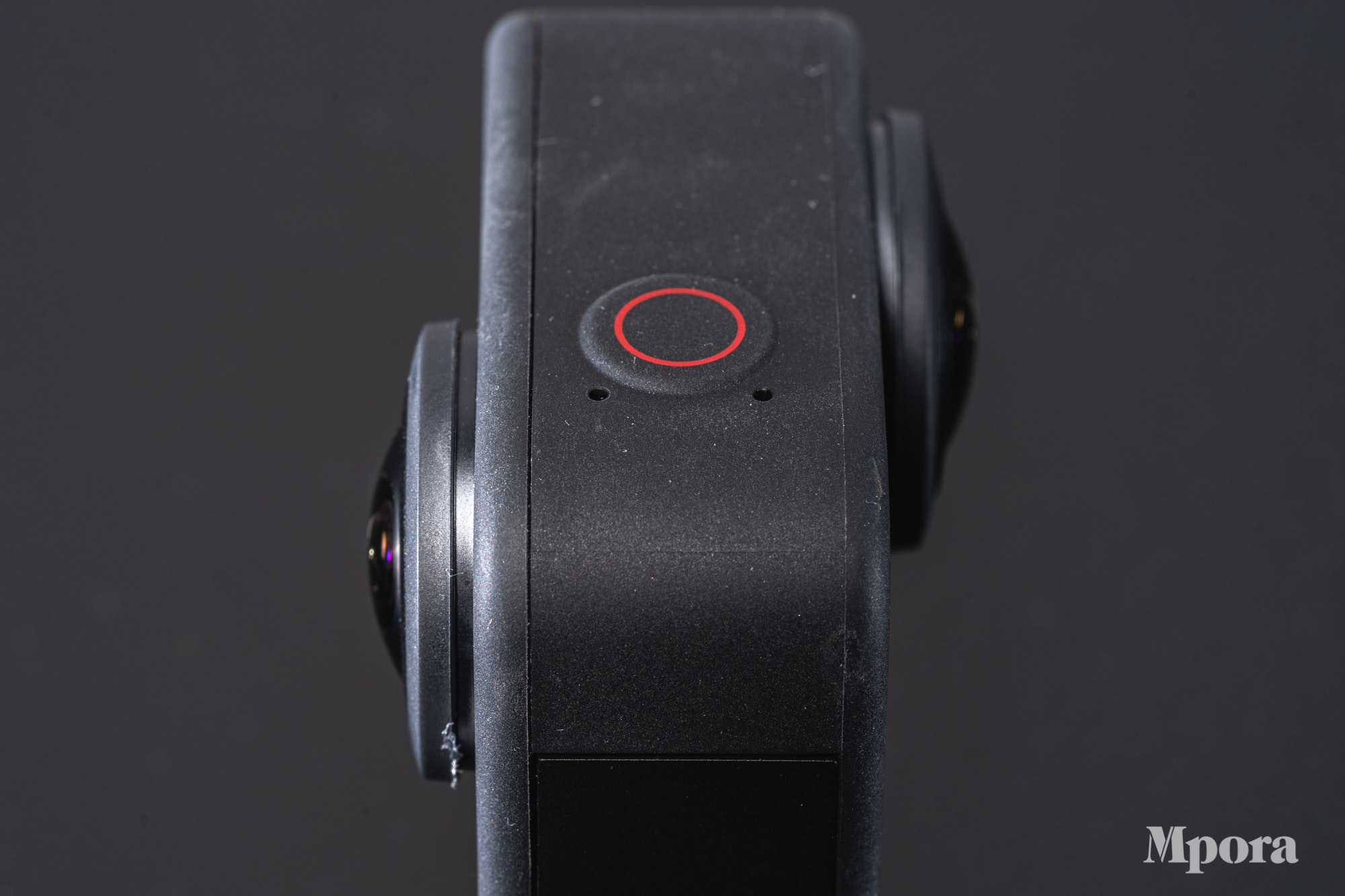 We’ve been big fans of the use of 360 cameras in action sports in recent years, thanks to the creative options the extremely wide field of view opens up. Similar to the Insta360 One that we reviewed last year, the main selling point of the GoPro Max is of course that 5.7k 360 option.

The 360 field of view comes into its own when you come to edit your footage. When you’re shooting in the 360 degree field of view, you can crop in and frame your shot exactly how you wish in post. Say you’ve got a Max outstretched on a pole as you ski, you’ll be able to adjust the framing in post, making sure that the camera follows you, before flipping around and following your mates.

This post editing doesn’t take Christopher Nolan levels of production know-how, either. It can all be easily achieved through the GoPro app on your phone. Reframes, zooms and even object tracking can all be done from the palm of your hand, allowing you to export the video as a regular 1080p 16:9 resolution video, or even 9:16 if you prefer vertical format video. 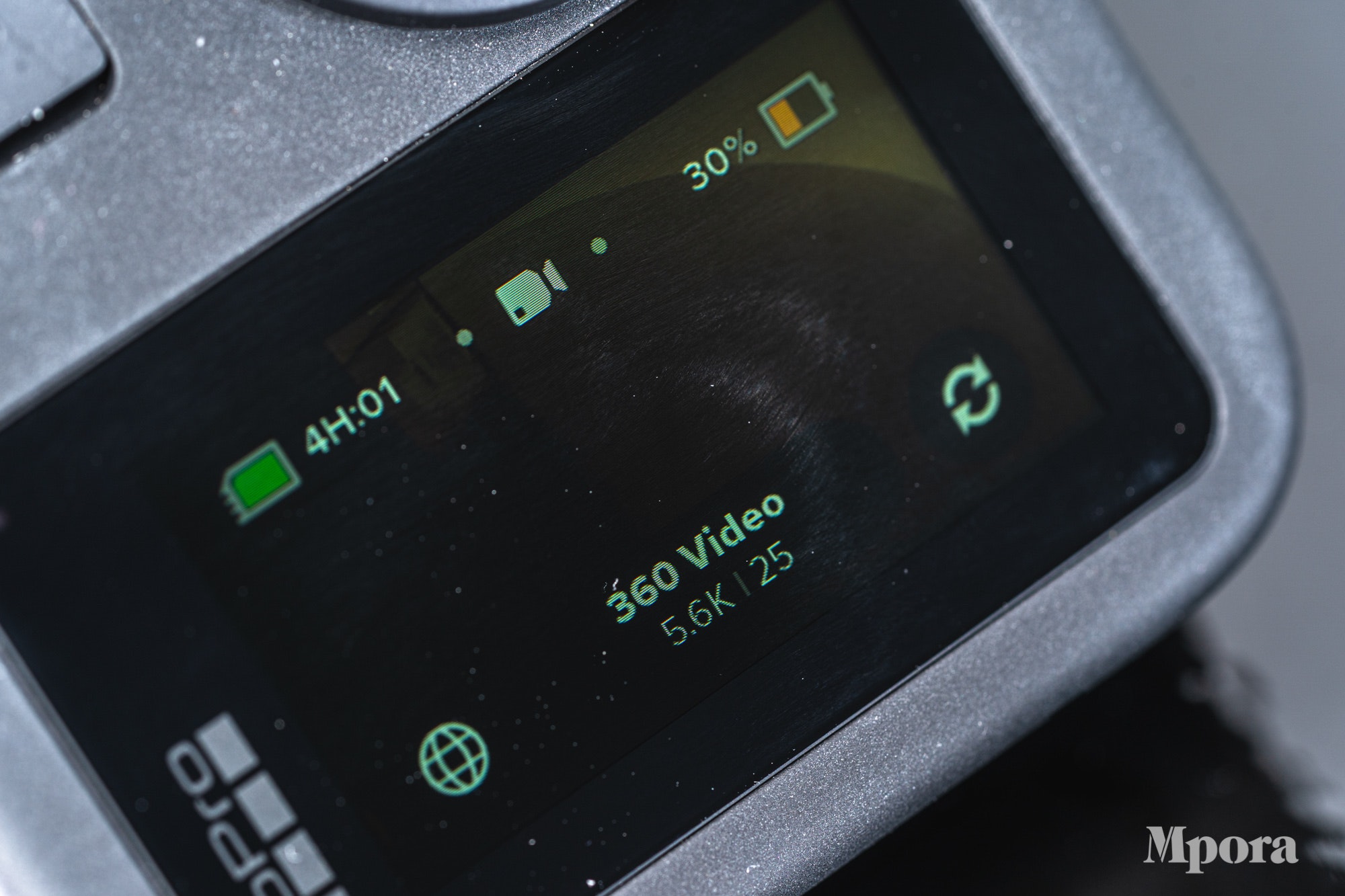 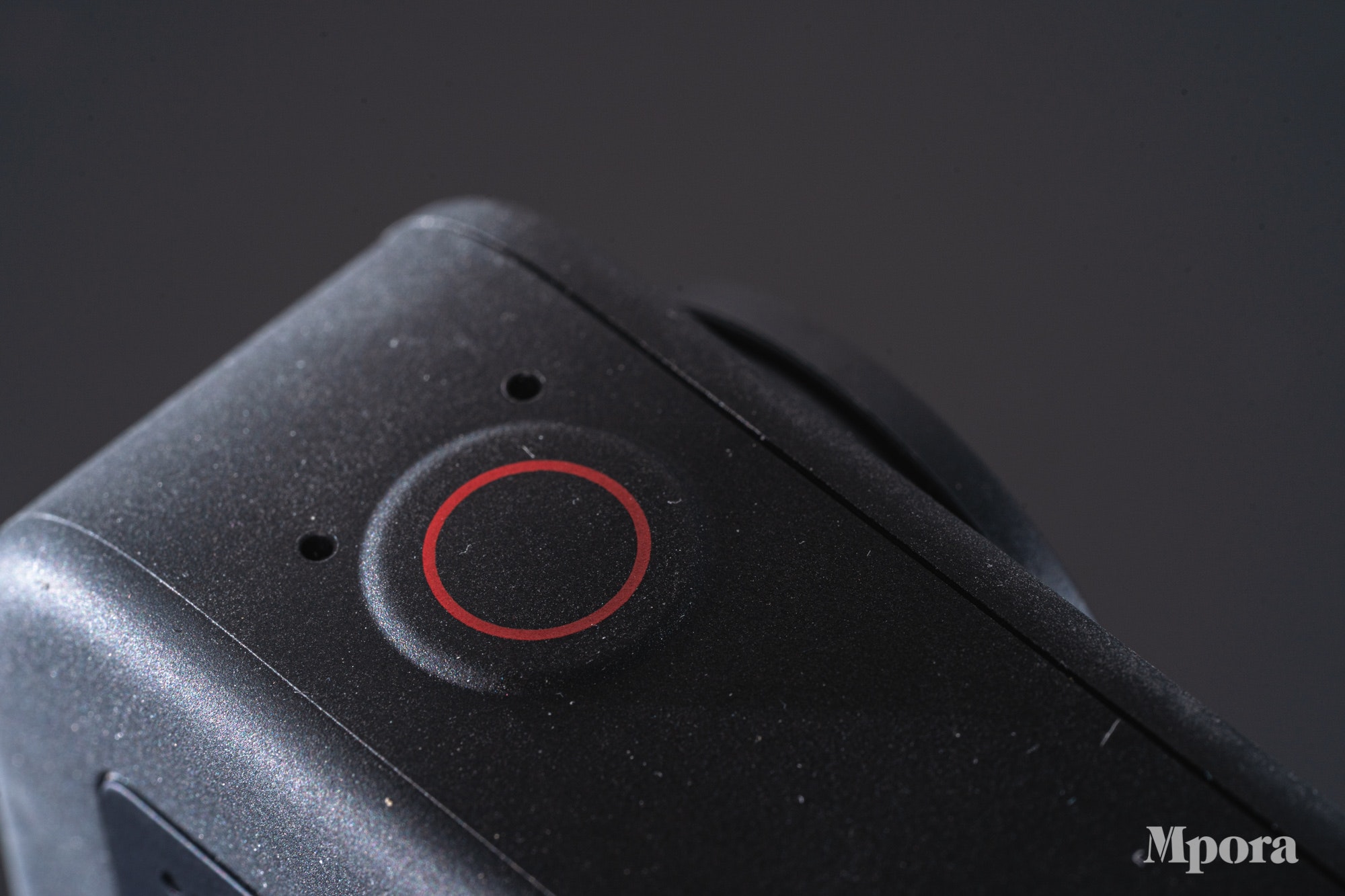 If, like us, you like to be a little more involved with your editing, then you can also download a handy Premiere Pro plugin that allows you to control all the framing within Premiere – handy if you’re creating a longer edit that’s a mixture of standard GoPro clips and this 360 footage.

You’ve also got the option of using either of the two lenses in ‘Hero’ mode (that’s regular 1080p GoPro mode). This mode can easily be swapped between each lens for when you’d like to film yourself, or what’s in front of you. This swappable lens choice is also handy if you’d like the screen to face you, letting you frame up your shot easily. All of these features do come at a price, however. First of all, this thing is much bigger than even the oversized Hero 9 at 69 mm tall and 64 mm wide. Secondly, all of this processing power requires a new (and larger) 1,600 mAh battery. This battery is said to give you enough juice for a day’s worth of shooting in 360 mode. All of this means that the Max tips the scales at 163 grams.

Given the double camera setup, you’ve got to be careful not to knock either lens on the camera, as this could easily scratch them. GoPro does provide you with a couple of lens caps to keep your glass protected, so make sure you pop them on whenever the camera’s not in use.

All in all, this is a solid action camera and one that’s ideally suited towards capturing your (obviously) epic skiing on your next ski trip. The ability to change shooting modes and reframe your shot in post opens up another world of creativity and will change the way you look to capture ski content. At just £380, you can’t really go wrong with this very good, highly versatile, little camera.

Mourinho: "The door is always open" – Tottenham boss offers hope to the underachievers