Back in mid-September, I caught up with Rotimi Odukoya to talk about his London-based climbing group Clmbxr. Founded in early 2019, Clmbxr has grown from a few media social posts and a small WhatsApp group to a community with over 100 members (they meet as a collective every two weeks to climb up and down the city’s indoor walls). Here’s an extract from the conversation we had.

Starting things off with the most basic of all questions, how do you pronounce Clmbxr? 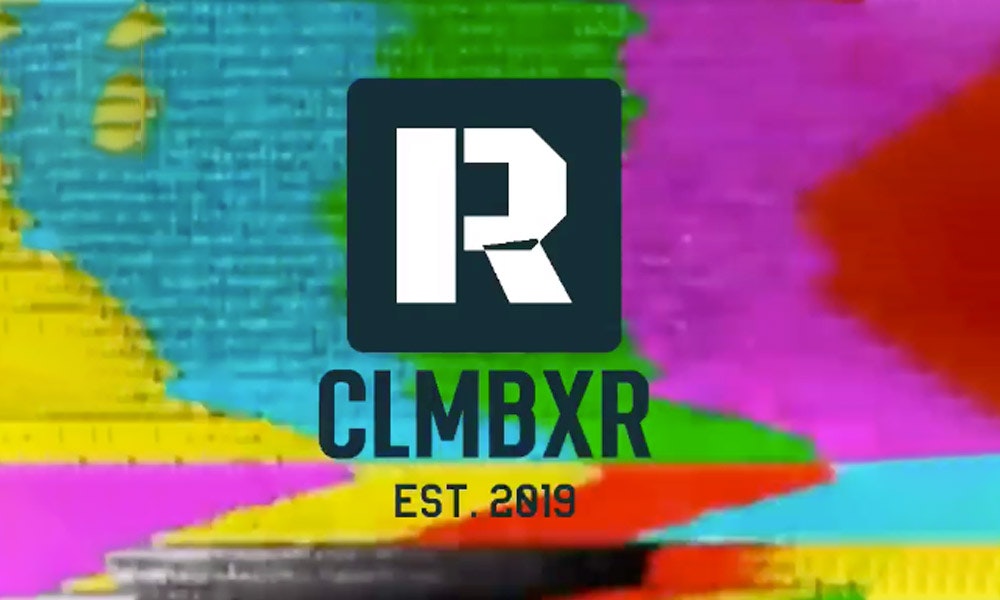 How did you get into climbing?

Around this time last year a friend invited me down to a climbing wall, as we’re always talking about fitness. Anyway, she invited me down to a group session with her work colleagues. I went to the centre at Mile End and I loved it, first time round, and was just like “why have I never done this before?”

And then, I just posted some Instagram pictures. Some bits on Instagram stories. Got a good response. And, sort of formed the group from there.

That’s how I got into it and created a crew. 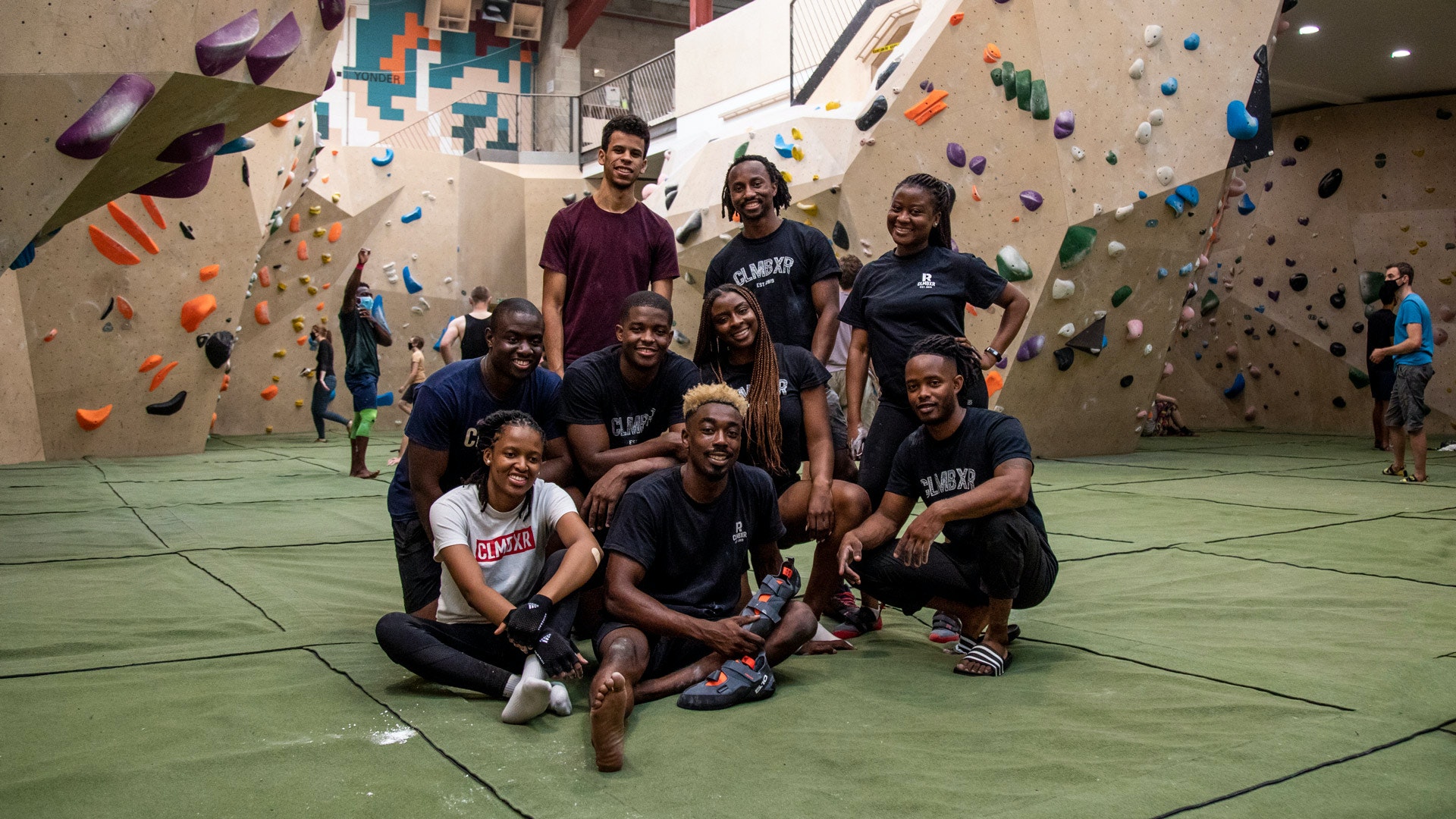 So Clmbxr just came about as one of those things?

Yeah, there wasn’t any sort of detailed plan behind it. I was just sharing stuff on Instagram. And then my friend just said “Oh, next time you go can I come?”

“Next time you go can I come?”

Then I just formed a Facebook group, and an Instagram page and that was it really. I generally think climbing’s something that works better as a community activity rather than just doing it by yourself, so there was that aspect to my thinking.

But yeah, it formed organically. Nothing planned. Everything just fell into place.

Obviously, it’s a very London-centric group. Is there an ultimate goal with it?

Ha! Yeah, just planning to take over the world with it basically.

No. Honestly. It’s funny. I’ve been asked that question a few times. And I just think back to when I started it, and it was literally just about getting my mates to come climbing with me. It was just about going down and enjoying ourselves.

“Yeah, just planning to take over the world with it basically”

And now I guess we do have some kind of structure where we’re trying to make an impact, bring more diversity into the sport of climbing and try to encourage more people to get into it – whether that’s in London, through to the UK, and then through to Europe and possibly worldwide. I guess our goal is to just keep growing as a community and remain community focussed.

By us being a black community, in the sense that we have black people within our community, that’s hopefully encouraging more people to join the sport of climbing and I’m happy that’s happening.

I guess, we just want to grow as a community. Maybe have our own climbing wall one day. But yeah, it’s just all about us having fun and continuing to have fun. 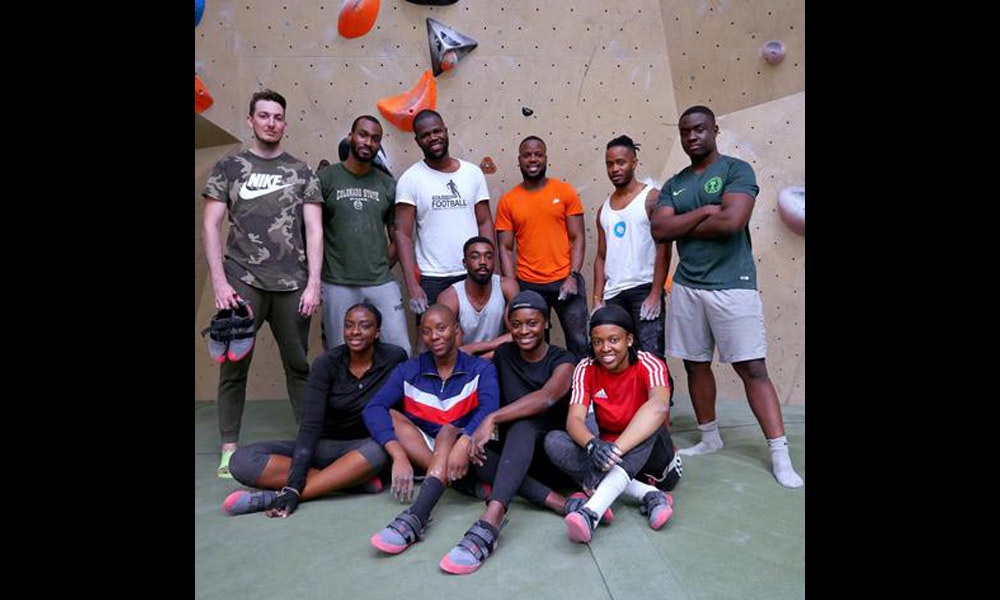 I guess it’s still such a new project, and you’re still finding your feet?

I get great joy from seeing people try something for the first time. It’s that whole thing about failing, being encouraged, and trying it again and again. Climbing’s great for that, and it’s great for promoting that whole community aspect. 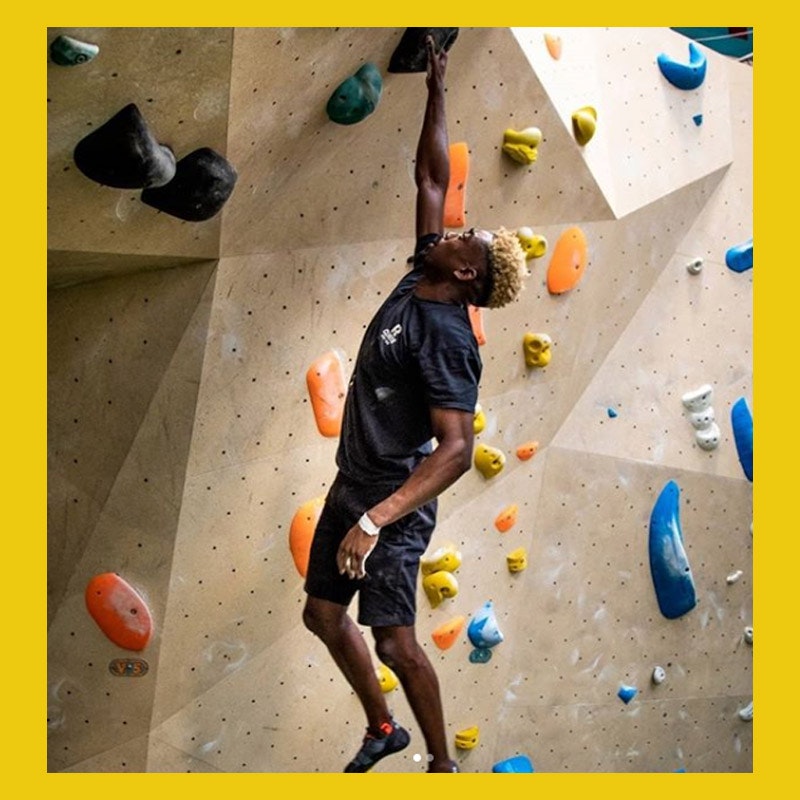 It’s that whole thing about sharing ideas and working together isn’t it?

Honestly, that’s my favourite thing about the climbing community compared with, say, the gym community. If people are staring at you at a climbing wall, you don’t think it’s creepy. You probably think they might be learning something or, potentially, trying to help me work something out. If though someone was staring at you down at the gym, it would be dead awkward. It’s a completely different atmosphere in two very different spaces.

“I really appreciate how supportive other climbers can be”

I really appreciate how supportive other climbers can be. It’s that kind of environment which allows people to prosper and really push themselves.

Obviously, there’s been widespread climbing wall lockdown this year. How much did that impact on your momentum?

You know what, the appetite has remained the same from before lockdown to where it is now. Our numbers on social and at gatherings have stayed the same as well, and maybe even increased because of some of the PR we’ve had. Especially off the back of the Black Lives Matter movement. We definitely got an uptick in our social following and it seems like more people are aware of who we are as a community.

“I think people innately just want to go out and meet new people, and do new things”

The lockdown forced us to be in our shells, stay in our houses, and stay within our social bubbles. And, I think people innately just want to go out and meet new people, and do new things, and try new things. I think climbing is the kind of sport, particularly in a community setting, which allows people to do those things.

In 2020, it seems like the outdoor industry is finally waking up to the fact it’s only really been talking to white people. How impactful do you think that’s been?

I think the Black Lives Matter movement and everything that’s come after that, in terms of companies coming together to write statements about it all, is a really good start but it definitely shouldn’t be the end. I think what we’re seeing transgress from this is, hopefully, the generating of more awareness for communities like Clmbxr and Black Girls Hike.

I think that can only help. In terms of representation, it’s important because when I got into climbing it’s not like I was looking but I never saw anyone in that space who looked like me who was climbing. Maybe because I wasn’t looking or maybe because there just wasn’t any strong visual representation projecting from that space that spoke to me.

It might be, of course, because climbing is a peripheral sport where it’s not quite mainstream just yet. It is becoming more mainstream, obviously, but it’s not there yet.

I feel like the sheer impact of seeing someone that looks like you in a space can only be more encouraging for people behind you to get involved in sport. I think it’s a good thing that we’re seeing an increase of awareness in people’s colour. There’s black people, asian people, being highlighted by big organisations and that can only be beneficial in terms of bringing diversity in; diversity of ideas, diversity when it comes to solving problems and finding solutions to them. It’s a good thing, for sure.